Here are the results of the 2017 Photo Contest: 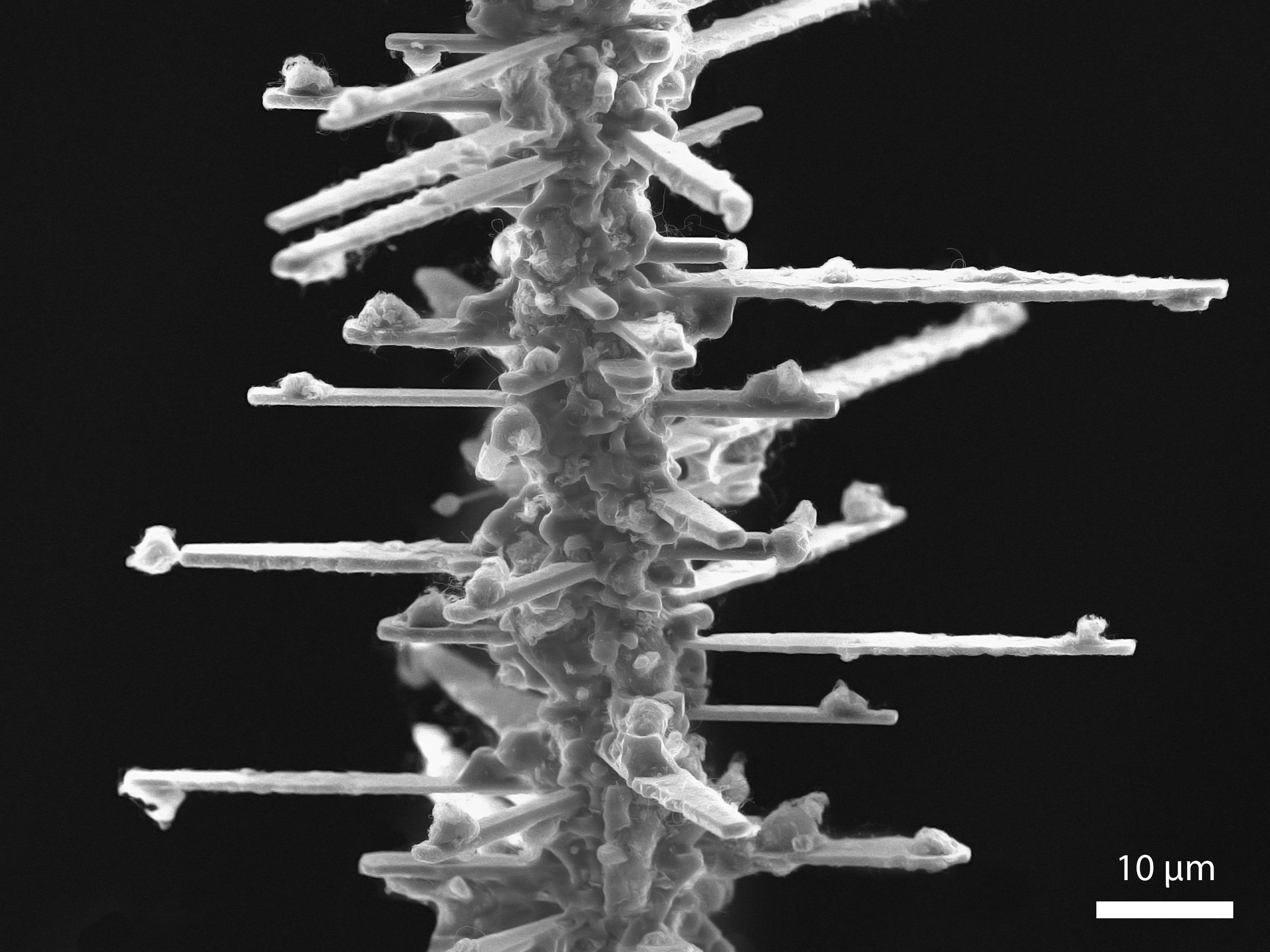 This structure was formed when growing a SiC layer on the surface of a carbon fiber. The original carbon fiber is the central structure, running from the bottom of the image to the top. SiC grows by precipitating liquid Si droplets on the fiber surface, which grow plates of SiC in a carbon rich atmosphere. These are the horizontal plates in the image, and the Si drops can still be seen at their tips. This process can also produce carbon nanotubes, which are the very small string-like structures seen across the surfaces. 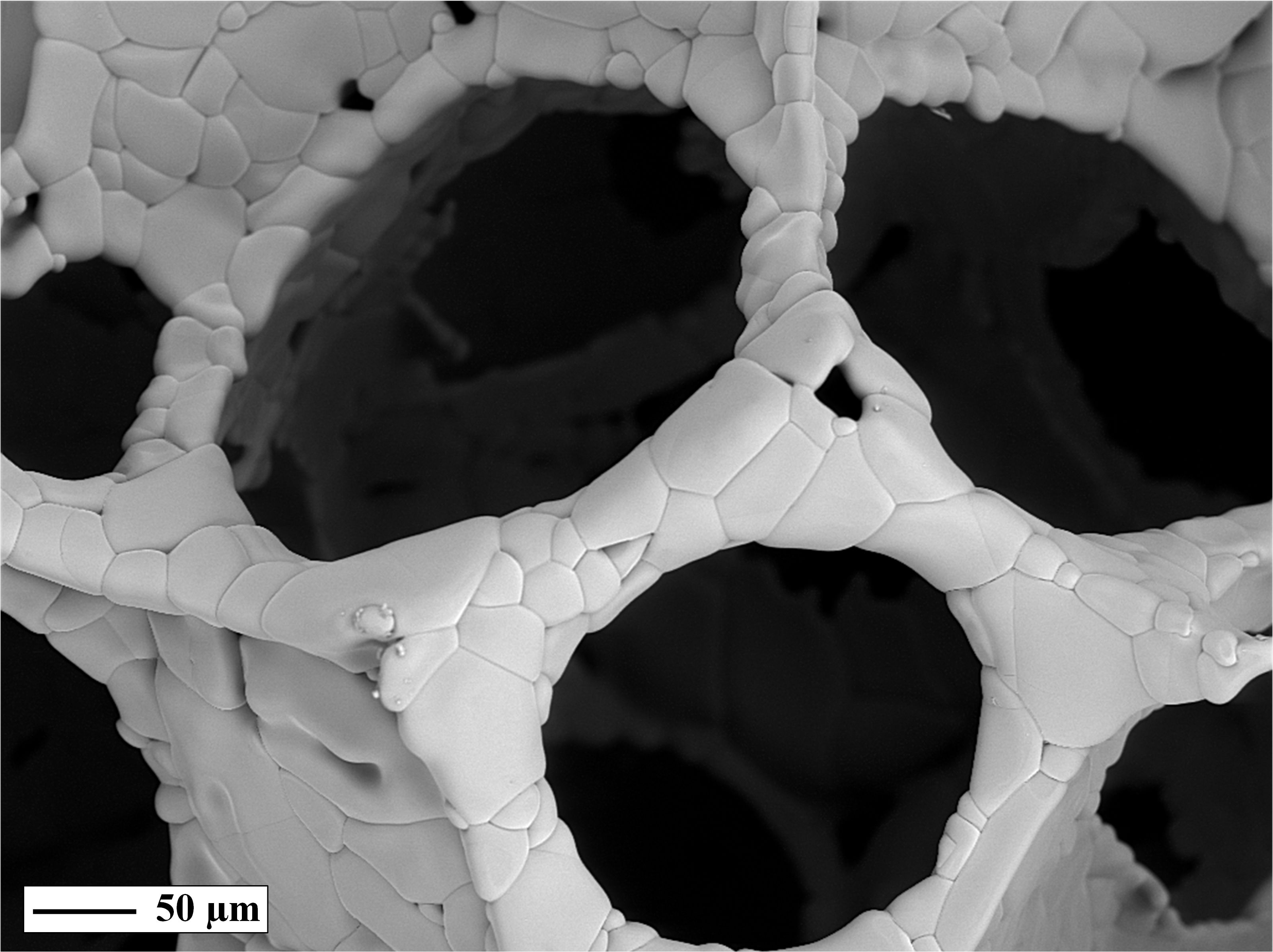 Scream from the micron world 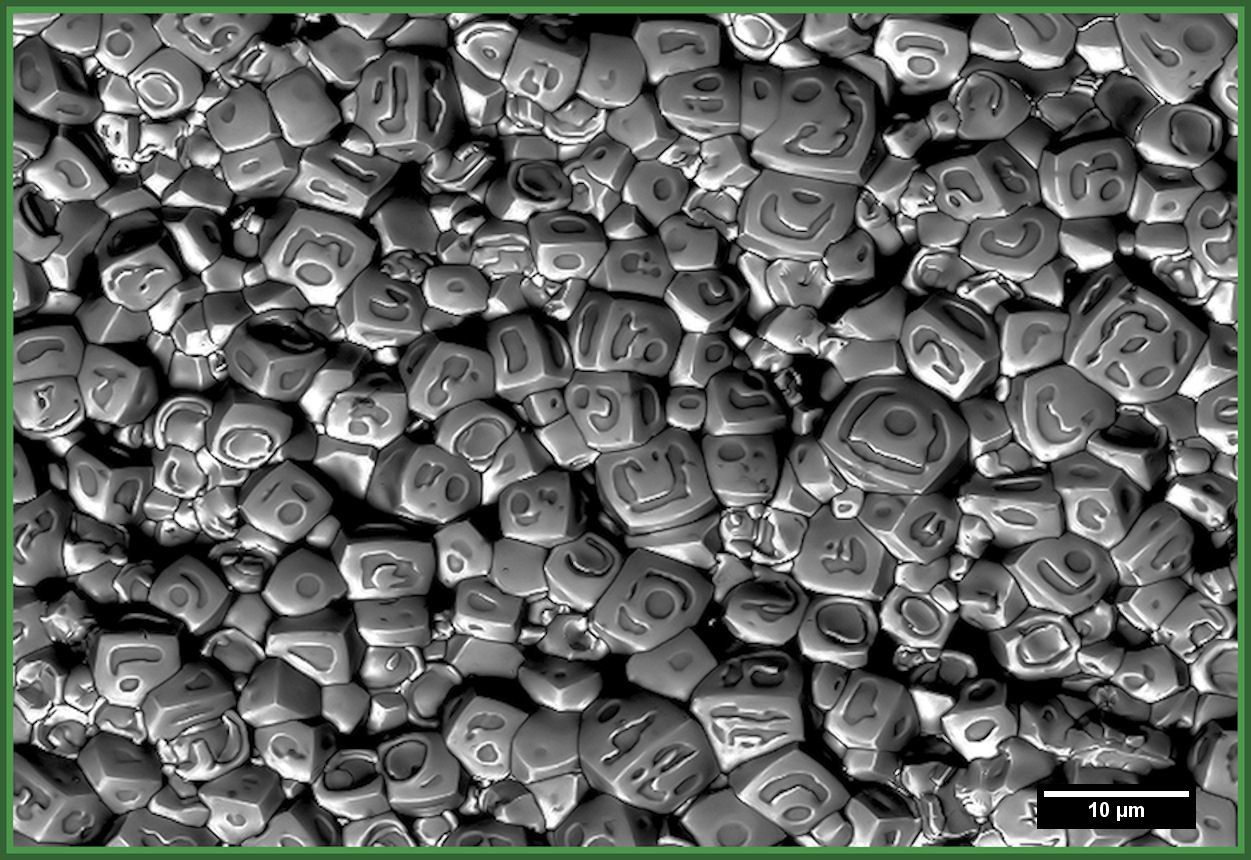 "perovskite structured-lead-free ferroelectric ceramic"
Emojis have currently been an essential and a fun part of our daily communications via texting. However, it is not expected to see them at a sintered surface of ceramic with a few micron scales, under Scanning Electron Microscope, as appeared in the image. I investigate the core-shell type phase segregation in lead-free piezoceramics in my research and these unique features around the grains appeared as emoji-like have strengthened our proposal regarding to the formation mechanism that we have been thinking over for a long while. Eventually, the answer has been appeared as a smiley face.
Since the material seen here is one of the promising lead-free candidates among piezoceramics (mostly containing toxic lead), I also would like to emphasis on an issue that is vital for our world, which address the importance of research on environmentally-friendly materials represented as green border surrounding the image.
Image was taken by Scanning Electron Microscopy (Philips XL30 FEGSEM) under backscattered mode with 10 kV of accelerating voltage in the Electron Microscopy Centre, School of Materials, University of Manchester, United Kingdom.

Being member of the ECerS allows you advantages such as reduced prices to the events organised by ECerS.

In March 2022, the European Ceramic Society and its foundation, the JECS Trust, decided to help the Ukrainian colleagues.

Contact us for any information: info@ecers.org - We will respond to your inquiry as soon as possible.

Subscribe to our newsletter and receive our latest news.

ECerS coordinates and promotes the study of ceramics through the following actions :